Wally is a mini Goldendoodle born April 17, 2012 from Polly/Logan.

Just prior to his sixth Birthday, he passed the AKC’s Canine Good Citizen test.  Wally has done informal work in a local rehabilitation center and is working toward his Therapy Dog Certification.  He is incredibly friendly and loves greeting people of all ages.

Wally splits his time between Virginia and California and charms all those that he meets from coast-to-coast and everywhere in between.

Unlike some of his FCF cousins, Wally is always the serious guy in the group, and would rather cuddle than play, although he does like to chase squirrels and chipmunks! 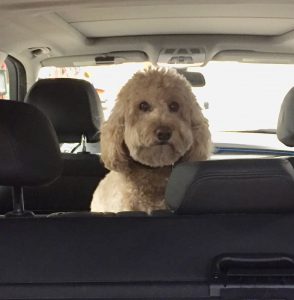 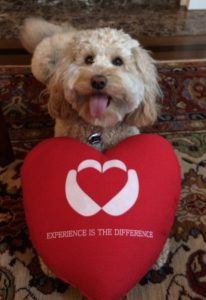 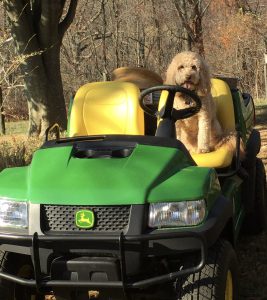 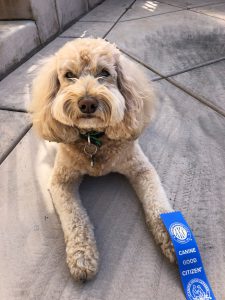 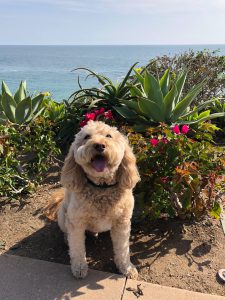 We are accepting applications for our upcoming litters! We have litters due to arrive in June and August! Please find our application here. The Doodle Romp is scheduled for 9/24! Please see more info and registration here: https://forms.gle/g6F6wD7xWSvY6MsF7

Our mission has always been to produce the ideal family dog that is good with children of all ages and other animals.