Fergie is named for my great uncle Fergus Fay, which accounts for my sometimes refering to her as Fergus, Fergus Fay or Fergie Fay!
Fergie and I are city peeps who love to walk:  typically 5 miles/day, except in the heat of the Summer, when – after 2 or 3 miles in the AM –  Fergie plants her feet at the end of the block and refuses to go any further in the hot afternoon sun.  But rain or snow, we’re out there on the streets of Alexandria, when other dogs and their peeps are hunkered down inside!
Ferg is a sometimes-fan of dog parks.  She loves chasing her frizbee – except, of course  when she’s distracted by a delectable stick! As for her (4-legged) kind, she prefers to snuggle up to their 2-legged humans!
At home, Fergie’s overflowing toy bin holds a variety of bones, fabulous toys, and the most favored item:  squeeky balls.  High balls, fast balls, rolling balls: there’s not one that can’t be caught or chased in our house!!
Since she was a littel squirt, Fergie has accompanied me weekly to visit my mother in assisted living .  A favorite at Riderwood Village, she loves all the residents and staff, is respectful of residents’ physical limitations and thier interest in engaging with her.  Now that Fergie is an official therapy dog, we look forward to expanding our horizons to help other people who need a snuggle!
And finally, Fergie is oh-so-patient with me  when I insist on dressing her up in keeping with the season.  She’s the best! 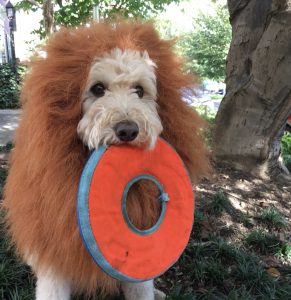 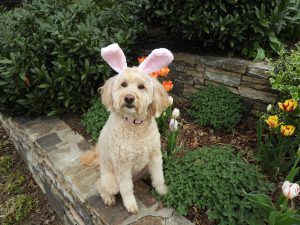 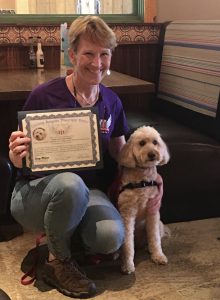 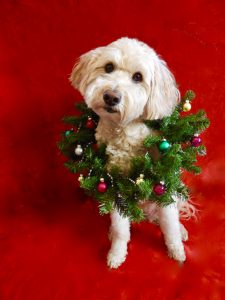 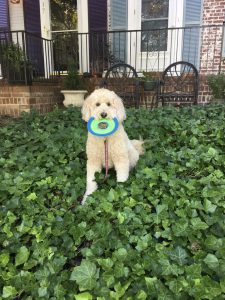 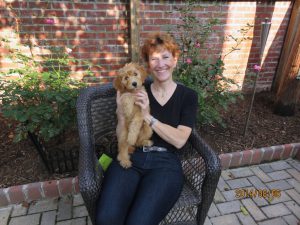 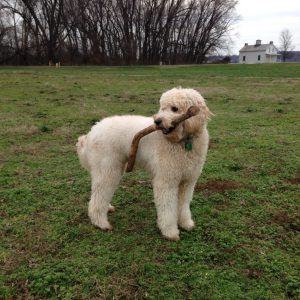 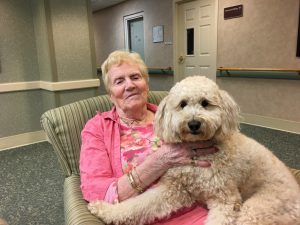 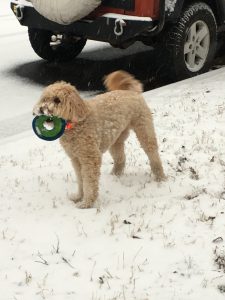 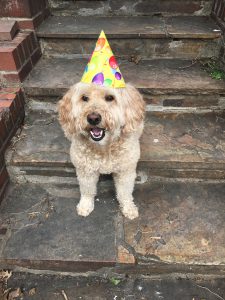 We are accepting applications for our spring and summer litters!

Our mission has always been to produce the ideal family dog that is good with children of all ages and other animals.